What if the true reason of the crisis was... energy? 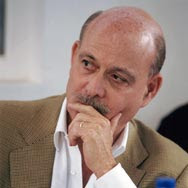 What if the true reason of the crisis was energy prices? That's what Jeremy Rifkin suggests, an internationally renowned government and business consultant, author and social critic. According to him, the true beginning of the crisis was when the price of oil hit 147$ per barrel in July 2008. When asked by a journalist about another event (that is more commonly considered to have triggered the crisis), the bankrupcy of Lehman Brothers in September 2008, Rifkin insisted that this was just another side effect of the rising oil prices. Or, in a more general perspective, Jeremy Rifkin advocates the idea that the "old" business model of Western civilisation doesn't work anymore, as it is too focussed on oil. Rifkin argues that highly oil-dependant economies cannot efford to buy all the oil that would be needed to continue to meet the energy demands of this "old" business model. Therefore, the "old" machine produces either much less economic growth than needed, or it consumes too much money - or a bit of both at the time. For Rifkin, increasing American consumer debts was just one of many ways of trying to avoid a structural change within the old energy and business model.
The president of the Foundation on Economic Trends (an organisation which is also known as "The office of Jeremy Rifkin") therefore urges the world's nations to enter a new era of decentralized energy production, beyond fossil fuels - and to make important investments in this new model for business and energy consumption. While this idea may seem rather bold and difficult to realise, due to the recent wave of austerity measures, Rifkin argues that these investments are nonetheless vital for overcoming the crisis of today's system. When decentralising energy production, major energy companies are likely to lose an important part of their market share. Rifkin's answer to that is to transform these companies from energy producers to energy consultants and managers, if they want to be part of tomorrow's winners. Citing IBM as an example for a company moving from production to consultancy and management, Rifkin says that high officials of major European energy companies, such as E.ON and EnBW, agree with his ideas for the energy business of the future. 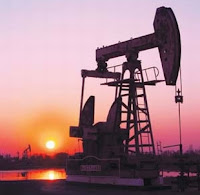 One might react to Mister Rifkin's ideas by referring to the outsourcing of industrial production from industrialised countries to developing countries. In fact, this might suggest that the real problem is not a certain model of energy consumption and business, as Mister Rifkin argues, but rather a shift in its engagements - developing countries adopt the Western model and prosper, industrial countries outsource an important part of the old model (industrial production) and decay, while trying to avoid the final collapse by taking credits. From this point of view, the main issue is the balance of international trade, not energy. As a consequence, what is needed would be less (instead of more) state intervention concerning environmental regulation in general and certain types of energy production in particular - so that industrial production can reconquer Europe.
Others might argue that even emerging countries such as China cannot continue infinitely to increase their economic production and their oil consumption at exponential rates. And that the solution for the West is not to choose between environment and industry, but to make them coexist more peacefully. After all, even chief economists of the International Energy Agency (IEA) affirm: "The age of cheap oil is over", as their study shows that the all time-peak of crude oil production was probably reached in 2006. Therefore, we might either way have to prepare for a future that is less dependant on oil - an idea that everyone might probably agree on, even though there is still a controversy about the urgency and the intensity of that change.
When facing this controvery, Jeremy Rifkin is very confident about the possibility of realising a rapid overall change, for example by enhancing electric mobility and smart grids, or by promoting solar and geothermal energy as standard features that transform all buildings into micro-powerstations. Yet, it should be said that Rifkin is in a position where optimism comes rather easy: as a consultant, he just delivers the ideas, while it is up to politics, the economy and the civil society to make them come true.

3) Conclusion
Let's not forget that delivering ideas is very important work, and that Mister Rifkin has been very innovative in that job throughout the decades. But let's also note that it is now the turn of other forces - politics, economy, civil society - to show whether they are capable and willing to live up to these ideas. This is a continuing process that has no explicit beginning or ending - we will see where it leads (or rather: where we make it lead). In any case, those who help stimulating a rational, open-minded debate by their ideas and their actions will play an important role for defining tomorrow's post-crisis policies. These policies may concern energy issues, but they will also have to address other problems, such as the finance system, debts and international trade.
Posted by JJB at 8:16 AM No comments: 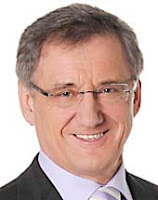 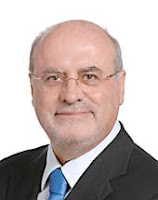 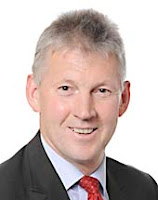 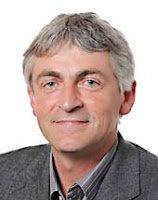