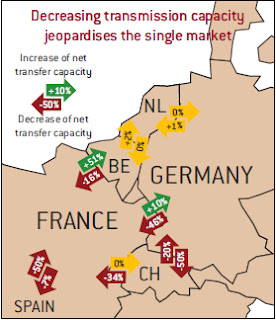 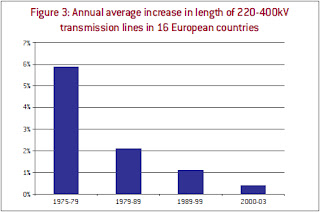 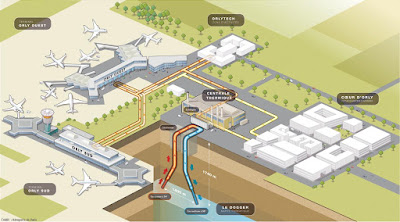 The UK's energy market is dominated by the "six big" companies:

... but in fact, four of these six are no longer in British ownership. These are their owner's origins, listed according to their market position: 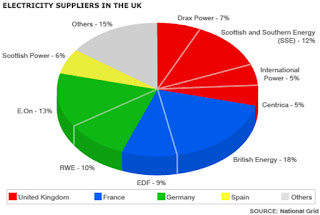 http://news.bbc.co.uk/2/hi/7632853.stm
So, the famous British "energy independence" might just be a myth, and reality might be slightly more complexe. Yet, Britain is also present in other energy markets around the globe, as this chart from the Centrica homepage shows: 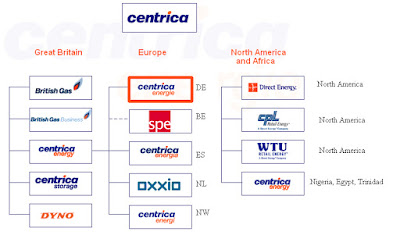 We might also have a look on the oil sector, rather than electricity. BP is a strong British company on the international scene (even though rumour has it that Dutch company Shell might want to take over its British competitor):

In addition, we should not forget that not every foreign investment equals a "sell-out", as seen in the first part of this small "Energy for the UK"-series : a Russian investment in the Hatfield colliery and clean-coal technology could have created many jobs for the local population...
Posted by JJB at 11:47 PM No comments: